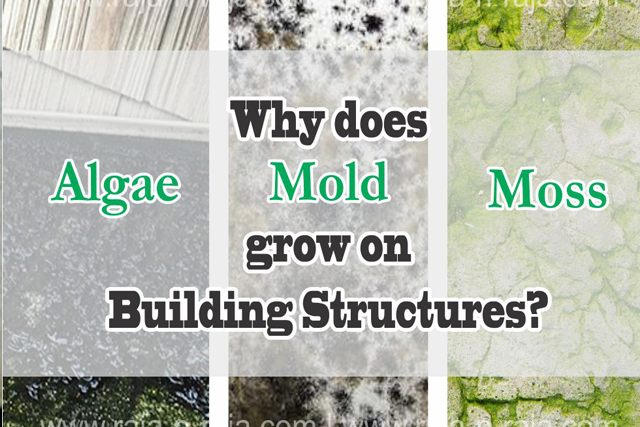 Being one of the Waterproofing Expert, it’s obvious to be always learning & exploring personality. Because no two problems in our cases are of same nature, rather they always make you learn something or the other and adds on to the experience.

Still there were a few answers weren’t easy to discover.

I always asked myself,

“Why does the growth of Algae, Fungi & Moss occurs on walls, ceiling & floors with leakage?”
Through communication with experts & researchers in biological studies, I have discovered the answer for my question; also discovered correlation with the physical & chemical state of surface with a leakage or seepage.

To give you brief ahead, firstly let’s understand the What are Algae, Fungi/Mold & Moss ?

Algae: Algae are primarily aquatic, one or multicellular plant like organism that doesn’t have roots, steams, leaves or flowers but have chlorophyll. They formed due to nutrient pollutants like carbon, nitrogen, phosphorus & potassium when found in excess. The manlier reason for the growth of Algae depends on the phosphorus content.

Fungi / Mold: Fungi are chemically composed of the similar basic substances of living things like Water, Nucleic acids, trace minerals, etc. They grow & feed themselves with help of nutrients like algae. The main body of fungi exists below the surface and only reproductive organ of fungus are above the surface. The fungi that grow upward & release spores is called Molds.
As per Environmental Protection Agency of united states, there is no practical way to eliminate mold spores in to the indoor environment without controlling the moisture.

Moss: Moss are the non-vascular plant with no roots. They use threadlike rhizoids to anchor them to the substrates where it grows. Moss doesn’t absorb the atmospheric or surface water/moisture but they feeds themselves through help of rhizoids.

Most of the above shared discoveries are found in vigorous forms, colour and at different altitude in forests & Concrete Forests!

From the brief you just read above, it’s quite evident for the presence & growth of these algae, fungi & moss to be available in damp, moist places. As most of these gets their existence because of Water or it’s form present in the environment along with few more nutrients like earth minerals.

The growth of these Algae, fungi & moss occur in different species and is based on the acidity of the structure.

Example: Few of these species thrive on base of limestone which has carbon & other nutrient elements, which is a basic constituent for the Cement and so Concrete.

Both of these moist conditions & earth minerals are ideally found in the Building structures; as earth mineral are present due to use of concrete, cement, sand, clay, gypsum etc and Water because of the moisture, seepage or leakage in or within structure.

Reason is quite evident for the growth of Algae, Fungi & Moss to occur on walls, ceiling & floors that are having seepage / leakage.

We at Raja & Raja®, don’t just STOP the leakage but also make sure no seepage occurs results in formation of these Algae, Fungi/Mold & Moss on your waterproofed structure.
You can Contact Us for any of aforesaid problem solution at your premises. 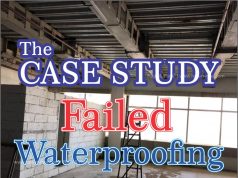 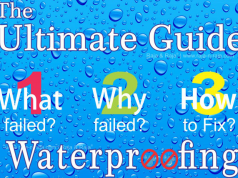 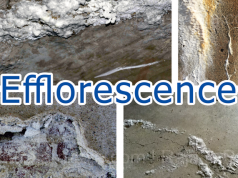 Efflorescence & its cause – Detailed

“Maintenance is Investment not Cost” – 2 Strong reasons to consider

Need of Waterproofing for R.C.C. Structure